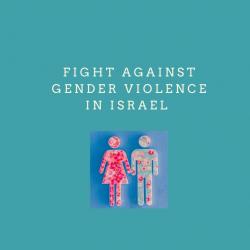 Fight Against Gender Violence in Israel

The Israeli Embassy in Lima, at the request of Ambassador Ichilevich, within the framework of the International Day for the Elimination of Violence Against Women (25 of November), and the anniversary of Peru-Israel friendship relations, (November 29), invited the Ministry of Women and Vulnerable Communities (MIMP) to take part on an online Virtual Conference titled: “Fight against gender violence in ISRAEL”, which is hosted by the MASHAV/ MCTC. MCTC's Ms. Nuria Levy and Ms. Lili Spieres - Social Worker in the Department of Social Services of the Municipality of Haifa, discussed the fight against gender violence in Israel.