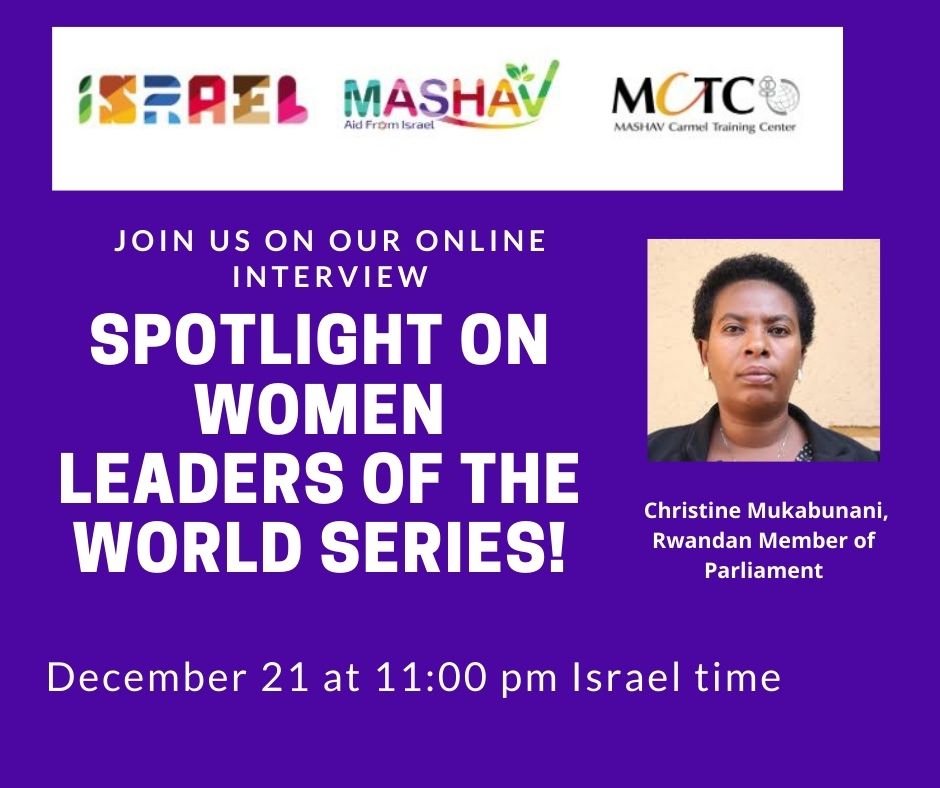 Spotlight on Women Leaders of the World Series

Since 2018, MP Mukabunani has been serving as a member of parliament in Rwanda. Rwanda's Parliament has the highest percentage of women in a single house parliament worldwide. In her current role, MP Mukabunani and other heads of political parties used the General Assembly of the National Consultative Forum of Political Organizations (NFPO) to advance the proposal to review public sector wages including increasing teacher's salary. In 2016, MP Mukabunani participated in a training program on the “political empowerment of women” organized by MASHAV/MCTC in partnership with UN Women Eastern and Southern African Regional Office (ESARO) and Singapore Cooperation Programme (SCP) and learned building political campaigns in the program. Previous to becoming a member of parliament, MP Mukabunani served as the Chairperson of the Social Party IMBERAKURI